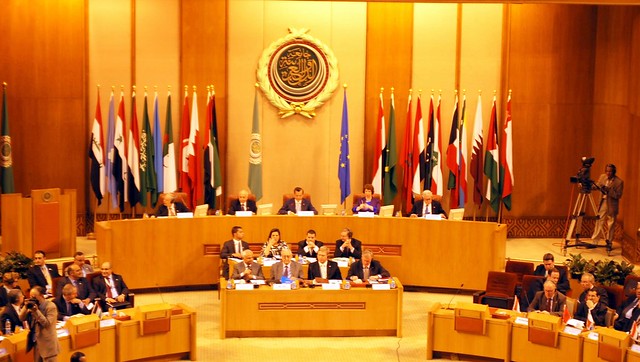 Saudi Arabia and Egypt are the two Middle Eastern actors with a greatest strategic relevance. They both constitute, together with Israel, the Cairo-Jerusalem-Riad power axis defended by Washington at the end of the 1970s to guarantee regional security and stability. This alliance, forged during previous decades, has found cracks with the arrival of the Muslim Brotherhood to Egyptian institutions. Whatever the new equilibrium equation will be, the future of the Egyptian-Saudi relations is being redefined and adapting to the new political context.

If problems derived from the agglomeration of pilgrims to Mecca are yearly a source of concern for the Saudi regime, it is not longer the only one[1]. Saudi Minister of Foreign Affairs, Saud al-Faisal al-Saud, has asked Egyptian pilgrims to avoid propaganda and holding political meetings during the mass religious congregation that will take place next autumn, as reported by Al-Quds al-Arabi. Without a doubt, this message goes beyond the approximately 82,000 Egyptians that will obtain a permit to complete their pilgrimage[2]. In reality, it is a ridiculous number if we compare it with the nearly three million immigrant compatriots in Saudi Arabia. Until now, Riad has effectively neutralized any kind of opposition on its streets, but now fears that a massive wave of protests will reach the heart of sacred Islamic sites.

Saudi authorities intend to avoid a new chapter in the crisis that followed Ahmad el-Gizawi’s arrest last 18th April in the airport of Jedda (Saudi Arabia). This lawyer and human rights Egyptian activist is accused of possessing and trafficking with pharmaceutical drugs –anti-anxiety pills– whose sale is illegal in the Saudi kingdom. Previously, el-Gizawi had put forward a demand at a court in the south of Cairo where he denounced the existence of Egyptian citizens retained in Saudi jails without any pending charges. These events lead to call for consultation to the Saudi ambassador in Egypt and the closure of the diplomatic delegation during several days, after the security incidents registered at its doors.

It is no longer a secret that relations between Egypt and Saudi Arabia have worsened during the last period. The turbulent effects of the Arab Spring have favoured a scenario full of contradictions that must be readjusted. On one hand, the greatest and most influential country of the Arabian Peninsula is, at the same time, major aid donor and the second major foreign investor in Egypt, after the United Arab Emirates[3]. As reported by Al-Arabiya, Saudi Arabia has recently approved a packet of 343 Million Euros to finance development projects among other transactions.

On the other hand, the Muslim Brotherhood, clear winners from the Egyptian polls until now, represent an ideological model which is openly competing with wahabbi bases sponsored from Riad. While Saudi monarchs owe their legitimacy to the support from ultraconservative ulama, the brotherhood created by Hasan al-Banna has always supported a bottom-up Islamization, through the education system, as a base for their legitimacy. In face of this disagreement, one of the key points for re-establishing Egyptian-Saudi relations is the influence that Riad will be able of exercising over the Salafists of al-Nur party, the second political force in Egypt.

Finally, the advice to pilgrims is a sign of the strength with which the Saudi regime is willing to face eventual disorders that it is not going to accept. It still remains unclear if this threat will reach the politics of concession and renewal of work permits for Egyptians –taking into account that, traditionally, Riad has used such policy as a pressure tool in order to assure political loyalties from its Arab neighbours– or will be limited to avoiding this years’ pilgrimage from becoming a scenario for political and social demands.

[1] According to the data published by the Central Department of Statistics and Information of the Saudi government, in 2011 the number of pilgrims rose to 2,927,717 from which two thirds were not Saudis.

[2] The regulatory norms in general establish the concession of 1,000 permits for each million citizens.

Fundamentals of Power, Exceptionalism and the Issue of Succession in Saudi Arabia

J. Comins is a political scientist specialising in Diplomacy, International Relations and Security. In recent years, he has served with the United Nations peacekeeping missions in the Central African Republic (MINUSCA) and Mali (MINUSMA), and also worked as safety advisor for the International NGO Safety Organisation (INSO) in Afghanistan. He occasionally contributes analysis to the Spanish Institute for Strategic Studies (Ministry of Defence) and the International Security Studies Group (GESI) at the Department of Political Science of the University of Granada.